Watch the Big Waves on Maui This Winter 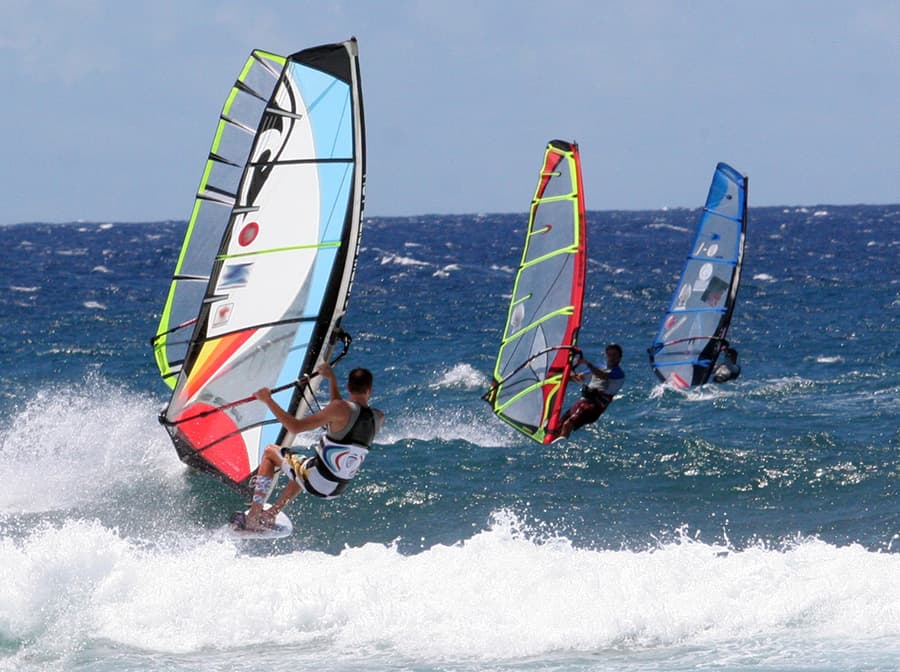 Watch the Big Waves on Maui This Winter

Maui has some of the best surf spots in Hawaii, and whether or not you are interested in surfing, you may find yourself mesmerized by the restless stir of the towering waves as they swell, break and come thundering against the island’s dynamic shorelines. Conveniently, you can watch it all from the safety of the lookout points. Yes, there are plenty of beaches on Maui where you’ll find the water still and clear like glass, but there are also some beaches that are well known for their impressive waves. We’d like to recommend two in particular.

Ho’okipa Beach Park – This North Shore surf spot is the most popular on the island, often drawing crowds of onlookers to watch the powerful waves breaking over the reef, and the adventurous surfers and windsurfers who ride them. Perched on a bluff right above the beach, you’ll find Ho’okipa Lookout, with an ample parking lot and a wide dirt road that accommodates excess vehicles on the days when the waves draw in more observers than usual. In recent years, waves of up to 30 feet have been observed during the winter months, at which time it’s best to stay off the beach and up on the lookout. Although it’s a popular spot, the surf can be messy here, with waves closing out at about 25 feet.

Note: The nearby Pe’ahi, formerly known as “Jaws,” is a site with waves that exceed 60 feet from December to March, but the cliffs above are unsafe and very difficult to get to. Sometimes the ground shakes up to a mile away when these monsters crash against the cliffs.

Honolua Bay  – Over in West Maui, past Lahaina, Kaanapali and finally Kapalua, you’ll find another one of Maui’s best surf spots. Honolua Bay brings world-class waves to an eager community of surfers, some of whom regard this place as legendary. It can get crowded when “Da Bay” is breaking, but there is a nice lookout point above, with limited parking. Here, you’ll find stunning barrel waves, which is one of the reasons why this spot hosts the “Billabong Pro” women’s surf competition every December.

Note: Just to the north of Honolua Bay is Punalau Beach, also known as “Windmills,” which is a challenge to reach, much like Pe’ahi. Its impressive barrel waves are around 20 feet when there’s a decent swell, but can get larger. Like the other surf spots mentioned, winter is the best time of year for the big waves, and mornings bring the cleanest conditions.

Interested in custom Maui tours like these, or something else you’ve thought of? Give us a call and we can talk with you about providing your Maui transportation services as needed. You’ll find our contact information at the bottom of the page if you want to reach us. Mahalo!